Antarctica: Music from the Ice 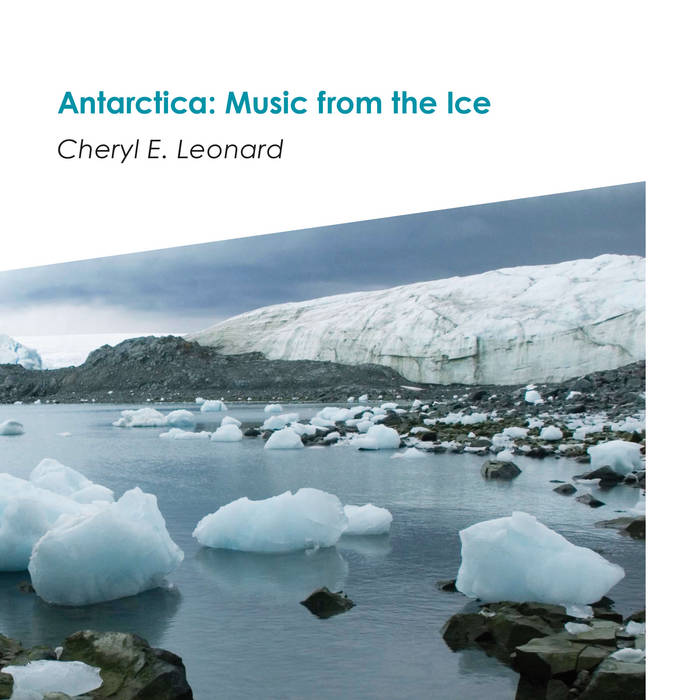 Other Minds is proud to announce the release of Antarctica: Music from the Ice, a collection of works fourteen years in the making, by San Francisco composer Cheryl E. Leonard.

A participant in the National Science Foundation’s Antarctic Artists and Writers Program, Leonard lived and worked at Palmer Research Station for five weeks in 2009. At this remote outpost on the Antarctic Peninsula, the composer made pristine field recordings of ice, water, wind, and wildlife. During this time she also gathered (with the proper permits) rocks, shells, and penguin bones which she later fashioned into the penguin bone idiophones and sculptural percussion instruments featured on this album. These sound sources are woven together into eight carefully-crafted compositions that evoke the dynamic environments and ecosystems of the Antarctic Peninsula.

In Antarctica, Leonard found a fascinating array of sounds, but also alarming transformations underway in local ecosystems. Even to a first-time visitor, the effects of climate change were palpable: new islands unveiled by retreating glaciers, increasing populations of sub-Antarctic seals and penguins, beds of moss and grass in areas that had historically been buried under snow and ice. Since Leonard began this project in 2008, the effects of climate change have become drastically more apparent in all of our daily lives. Leonard’s works document an Antarctica that may no longer exist, at least how the composer saw and heard it. Music from the Ice conveys both the wondrous beauty of Antarctica, and the experience of living in the Anthropocene, drawing directly from a region of the Earth where the damage is most audible.

Once Leonard returned home, she sifted through hours of field recordings and uncovered the sonic qualities of the stones, bones, and shells that she had gathered on her journey. Some of these objects worked as found instruments in their own right, others were fashioned into elaborate sculptural forms in order to enhance the sounds that Leonard heard within them. The composer mapped the wild timbres and natural resonances that she coaxed out of this new set of Antarctic instruments to a notational system that utilizes graphic and text elements in addition to traditional notation. Throughout the album, it is often difficult to distinguish between field recordings and sounds played on natural objects, as the instruments so embody the place from which they came.

Leonard has assembled a series of compositions that are as beautiful as they are haunting. Bowed penguin bones howl along with Antarctic wind, icicle drips produce gamelan-like textures before shattering amongst calving glaciers, and kelp flutes duet with the gentle snores of napping elephant seals. Music from the Ice points at a present that contains a potential future. It is an engrossing listen to a place we are all connected to, even if we never set foot there ourselves, a treasure as both a document of the fragile Antarctic ecology and an artistic achievement.