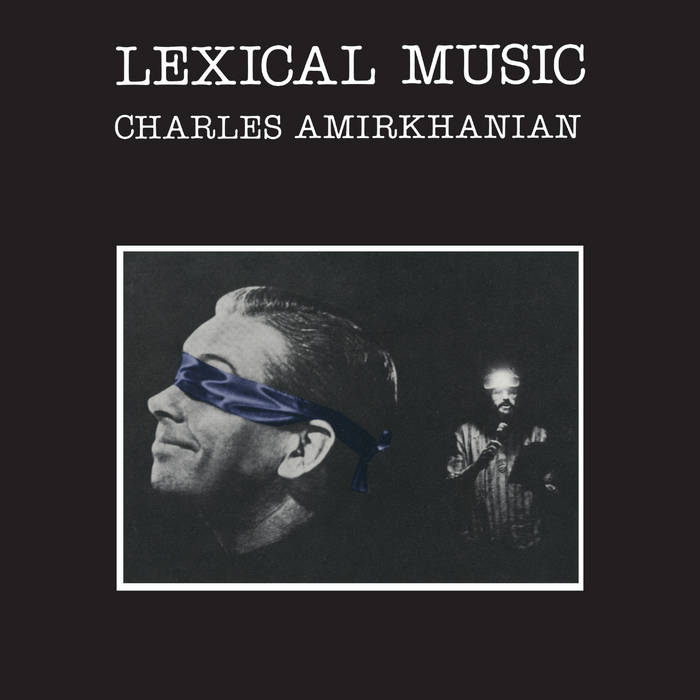 Kyoko Kitamura Amazing and timeless study of words and music, opens up the mind and the ears. Favorite track: Mugic.

When Charles Amirkhanian’s Lexical Music was released on pioneering Bay Area record label 1750 Arch Records in 1980, it was heralded as a masterpiece of the then nascent text-sound poetry scene. The New York Times called Amirkhanian “expert at the sort of things his imitators do not do half so well as he.” Lexical Music is a sort of high water mark for American text-sound poetry; it sounds like nothing before or since.
Single words lose their meaning through repetition; nonsense phrases build into intricate hypnotic grooves. The wavering line between intelligible text and pure sound weaves throughout. Amirkhanian’s dry wit shines through, an absurdist touchpoint, and explores the nature of language and how our verbal comprehension is altered in the face of repetition, density, and acoustic space, both real and imagined.

"Amirkhanian masterfully challenges and plays with the borders between intelligible text and organized sound throughout the six works here." Andrew Timar, The Whole Note.

"One of the striking things about Amirkhanian’s work is the sense of humor and playfulness that courses through it…Despite often containing serious elements from his own life, humor is a pervasive influence, and a vitality that isn’t often found in other American text-sound work."
David Menestres, Music & Literature.

Remastered for CD by Andrew Weathers