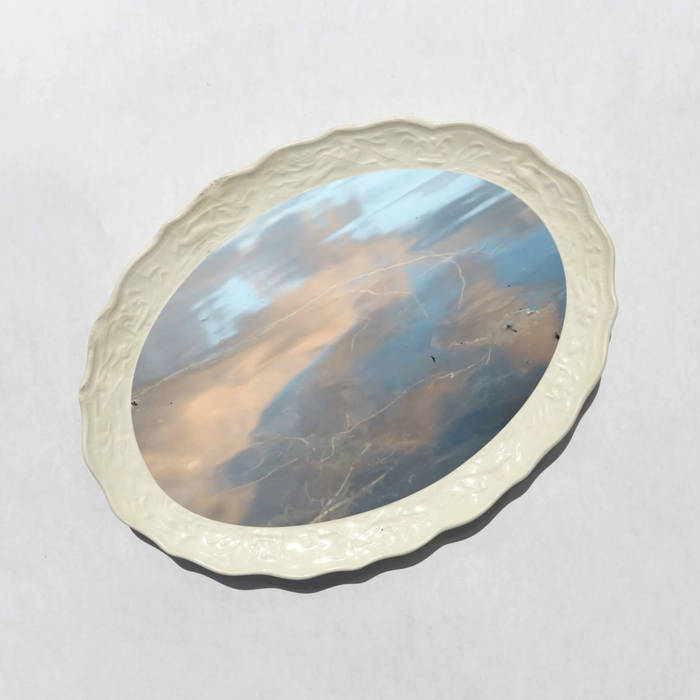 The violin’s most airy tones complement its most full-bodied resonances, as if they might be a perfect blend in some alternate universe—or perhaps they already are. Composer Robert Honstein explores this very contrast, and its potential commonality, on Middle Ground, which funnels his unembellished compositional style into a search for the middle ground between far-reaching pitches. The three-movement work, performed by violinist Kate Stenberg, is subdued and poignant, imbuing powerful sentiment into each bold, unadorned melody and subtle electronic manipulation.

Middle Ground is similar to Honstein’s other works, like 2018’s solitary and pulsating An Economy of Means, which centered vibraphone and piano. His longform explorations mine the endless possibilities of the instruments he chooses to write for, focusing on each instrument’s capabilities to find complexity. Each movement of Middle Ground highlights a different aspect of the violin’s wide range: The first, a delicate exploration of the instrument’s highest tones; the second, a frenzied, dark journey of its deepest pitches; the third, a tense almost-resolution between the two. Stenberg’s unwavering performance highlights the pitches, rhythms, and melodies themselves, focusing on crisp performance of the unadorned melodies and a deep understanding of the music.

“Too Far,” the first movement of Middle Ground, opens the album with a softness and lightness that quickly diminishes after the movement’s completion. Stenberg’s extremely high pitches float into each other, gently echoing with the aid of electronics. At first, the sound is ethereal, with an airy texture that gradually expands into a hazy cloud; Stenberg’s strokes become increasingly emphatic, driven forward by a constant syncopated motion, yet maintaining an effervescent placidity. Striking, fast-paced motion in the violin’s lowest register interjects at the movement’s end. “Too Close,” the second movement, is a vigorous contrast to the twinkling serenity of “Too Far.” A frenzied chorus of echoes underlies Stenberg’s agitated performance of the movement’s tightly interlocking rhythms, creating a quiet chaos. Sharp accents drive the action as Stenberg ripples through crunchy trills, shaky tremeloes, and squealing harmonics. The contrast is stark, made more evident by a great attention to detail.

With “Bridging the Gap,” the final movement, Honstein tries to reconcile this vast difference—the result is a plaintive movement of near-resolution. The fragile tones of “Too Far” seep into the dark, fast-paced rhythms of “Too Close,” swirling between each other in a tense pool of resonance. Stenberg jumps between the highest highs and the lowest lows, driving a bursting sense of sentimentality with ardent playing in each stroke of her bow. In its final breaths, it moves back to that removed lightness, ending on a simple rolled chord, eschewing vibrato for the natural resonance and poignancy of the violin.

Middle Ground is, ultimately, an exercise in finding unity through dissimilarity. In those last moments of music, there is no final conclusion: Contrasts still function as opposites. The two lines, one high and one low, ascend and descend into each other until they clash in a yearning, almost-overwhelming vibration. There is no solid release, rather they exist as opposites together, weaving themselves into one while maintaining the contours of each original line.