Trio for Violin, Piano and Percussion 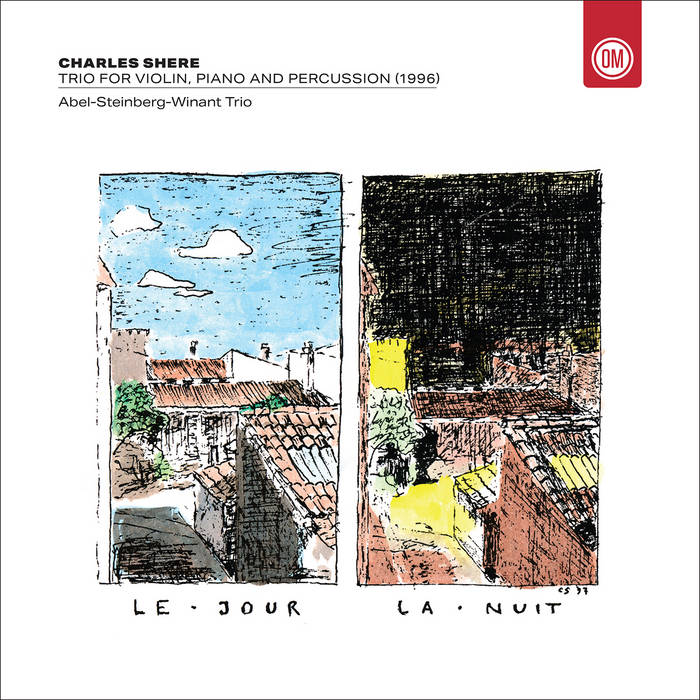 We are happy to celebrate the 85th birthdays of composer Charles Shere (August 20th) and violinist David Abel (November 24th) with a new digital download release—the world premiere performance of Charles Shere’s Trio for violin, piano and percussion, performed by the Abel-Steinberg-Winant Trio. Commissioned by Other Minds for the OM Festival 3 in 1996, the recording was thought to be lost until very recently.

Shere composed the piece in a brief session, after years of deliberation and consideration. Trio finally came to fruition while the composer was in a small island village in the south of France.

The piece is a prime example of the largely self-taught composer’s later works, in which he moved away from open forms and graphic notations towards an approach, while not exactly traditional, could be communicated in traditional notation. The latter approach provides the composer more direct control of the music and more defined formal qualities. Shere makes the best use of such an exemplary ensemble, crafting a statement that sounds fresh even nearly nearly a quarter century following its debut. This Trio is an outlier in Shere’s body of work. The music is gestural and dreamlike, tangential to the work of Shere’s close friend Lou Harrison or even Claude Debussy—a cool evening breeze through a window. The work is something of an overview of Shere’s aesthetic ancestors, even opening with an unmistakable quote from the music of another personal friend, Virgil Thomson.

Charles Shere has been a stalwart of the Bay Area new music scene since the early 1960s as composer, performer, critic, and producer of radio and television concerts. Born in Berkeley, California, on August 20, 1935, he served as Music Director of KPFA Radio (1964-67), arts producer at KQED TV (1967-72), and Music Critic of the Oakland Tribune (1972-87).